This release is all about the Help tab. The content that you’re reading presently lives as a markdown-like document that iOS and tvOS render with UIKit, and which the backend will render as HTML for web viewing.

The interesting challenges in this process had to do with making the UIKit rendered content usable for iOS and tvOS, including clickable links (both external and to other articles), as well as embedded images and video. 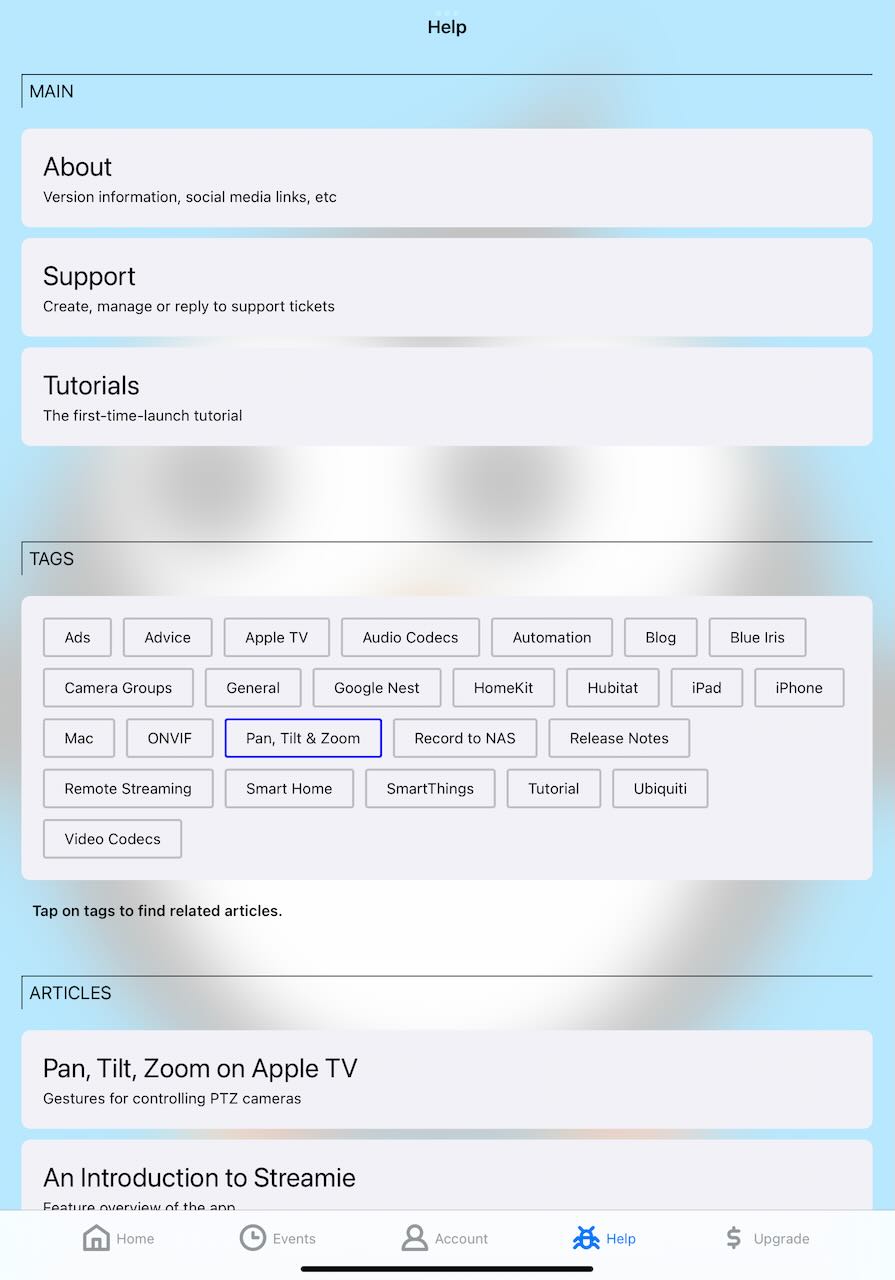 I have a neighbor who isn’t keen to update iOS on any of his devices beyond iOS 13. I finally accepted that my nagging wasn’t going to prevail, so how much effort would be required to change the target OS version from 14 to 13.x? It turns out that going back to 13.4 was nearly painless. Prior to that, changes were missing from NSFileHandle that I didn’t want to deal with, so the new minimum target is 13.4. I didn’t bother to do the same with tvOS because I don’t know anyone with similar apprehensions for their Apple TVs.

- When connecting to an Attached camera that is not local, auto-remote-connect

- Fixes an issue where event recording cache files were not deleted

- If a device is live-streaming a camera, and then a request for a remote streaming session is received, Streamie will now make use of the existing connection

- If a device happens to be handling a remote streaming session and then the user starts live-streaming the same camera, Streamie will also make use of the existing connection

- Optimizes camera layout performance, which is particularly apparent when starting a session with a large group of cameras

- Adds support for snap-to-edge when scrolling through cameras

- Removes Penguin support for the old Proxy service which was deprecated in v3.5.0 (with the advent of WebRTC for remote streaming)