IMOU Ranger 2C IP Camera: Unboxing, Setup, Review & How To Use With Streamie for FREE 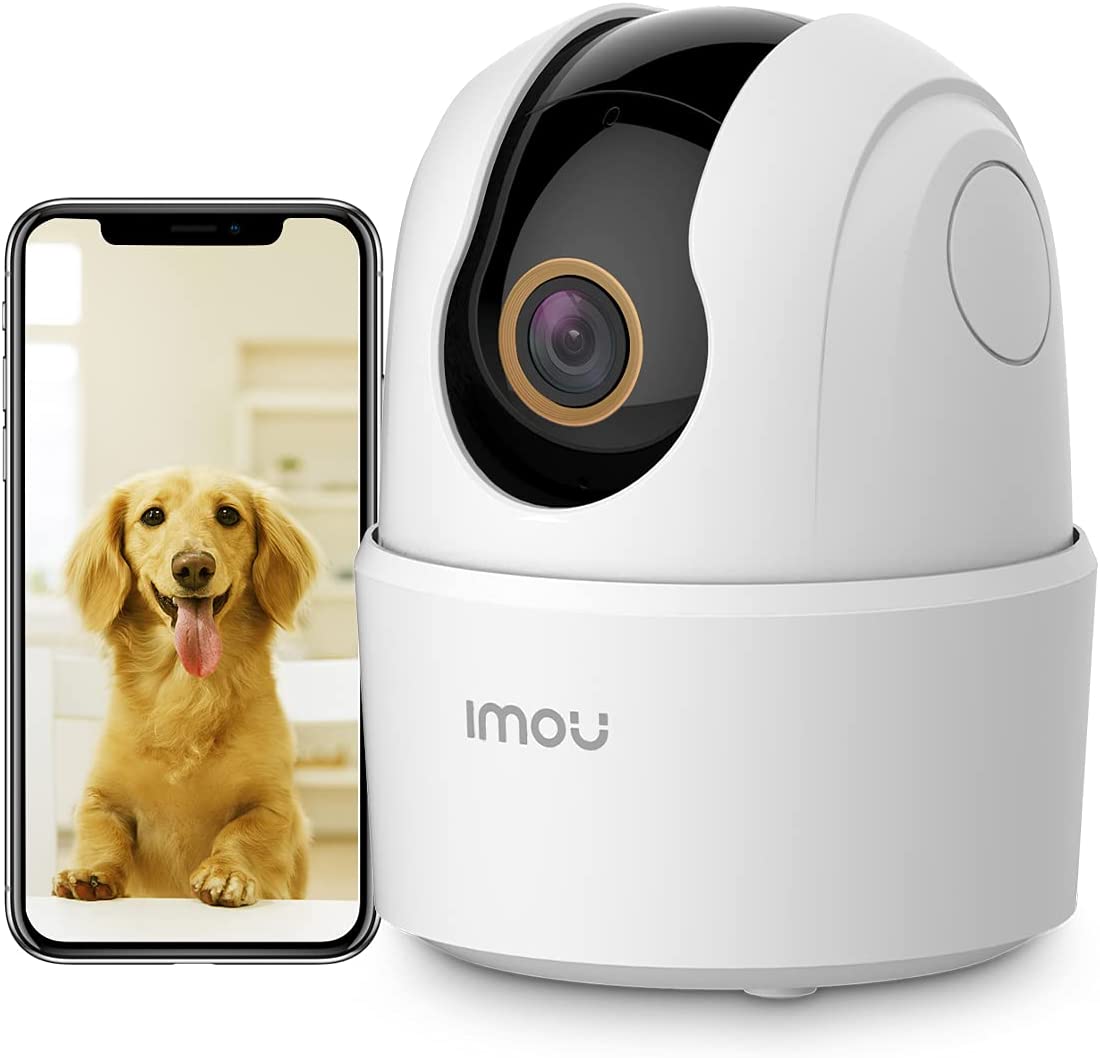 The IMOU Ranger 2C IP camera does not support HomeKit but it DOES support ONVIF and RTSP, which is excellent. When using the IMOU app, the camera supports some basic motion detection and pan/tilt, but none of that functionality seem to be supported via ONVIF, which is strange because the IMOU LOOC cameras at least extend their motion detection abilities to ONVIF. I wonder why they dropped that with the Ranger?

The camera is accompanied by a USB power cable, wall adapter and some strange plastic part with two holes in it. I have no idea what it is for. 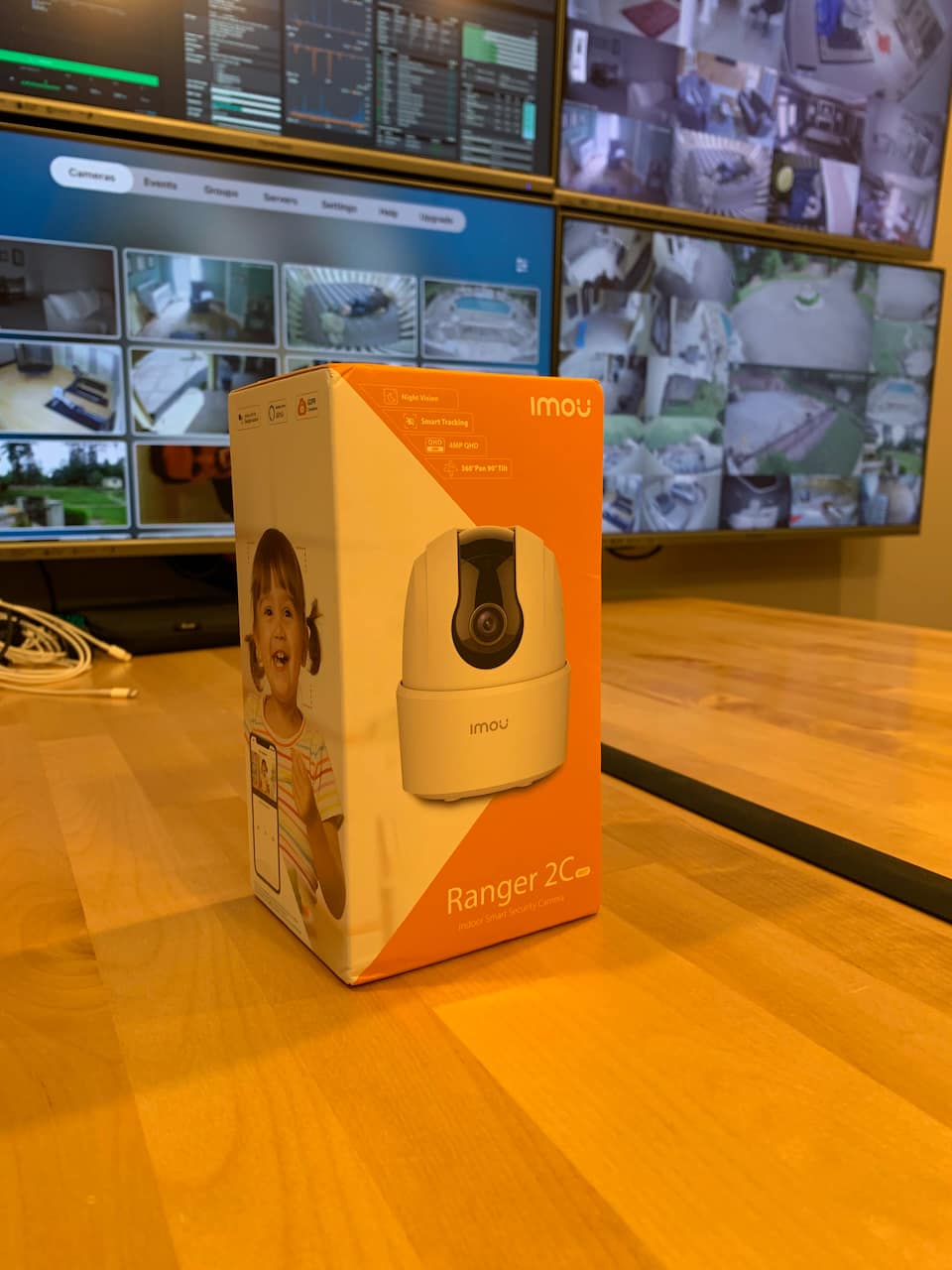 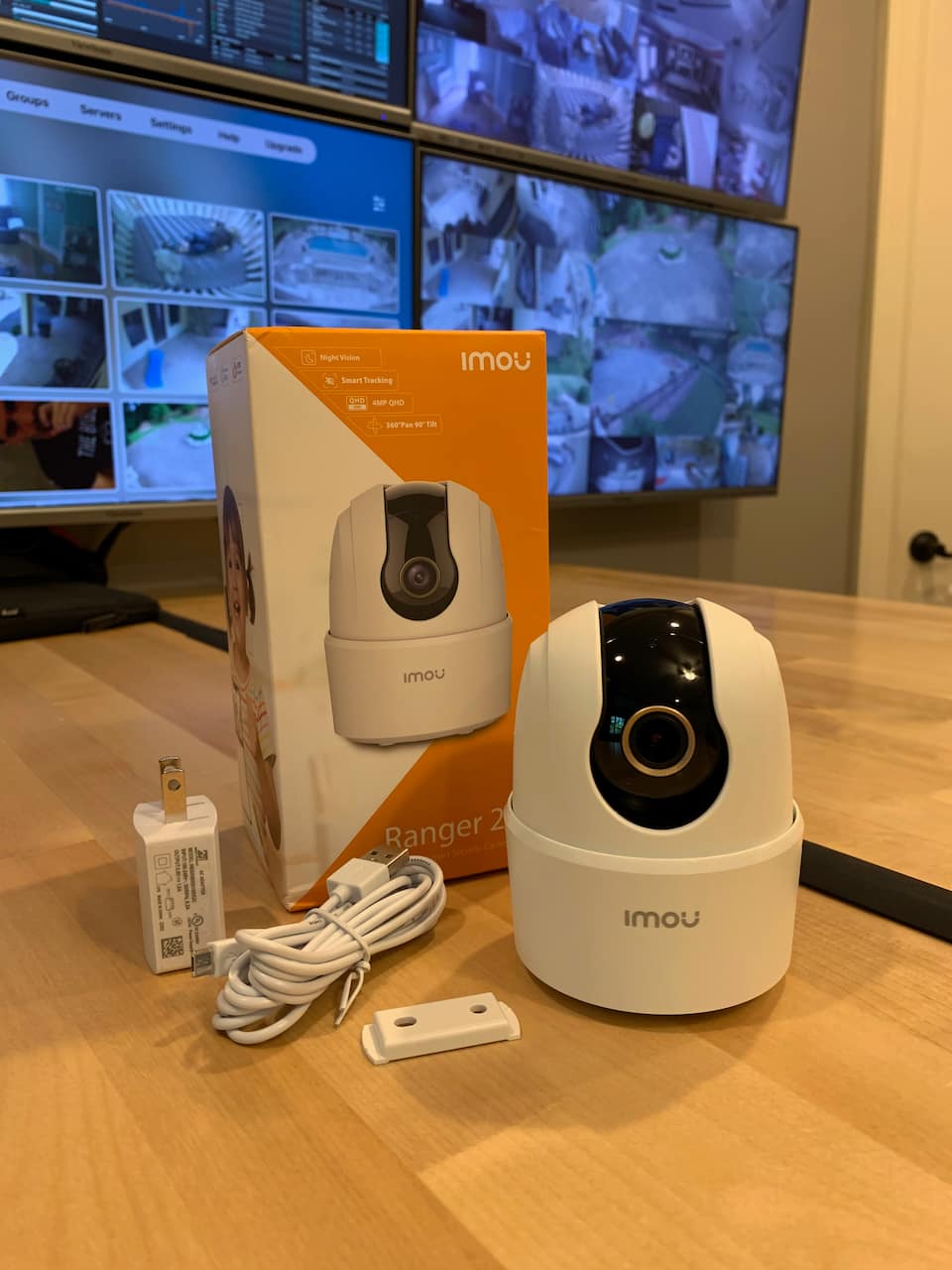 If you haven't already done so, you need to install the IMOU Life app.

Annoyingly, you'll have to create an account before you can set up your camera. Everyone expects that these days, but it's a dumb requirement and something that Streamie absolutely avoids.

After you're signed in, choose the option to scan a QR code. 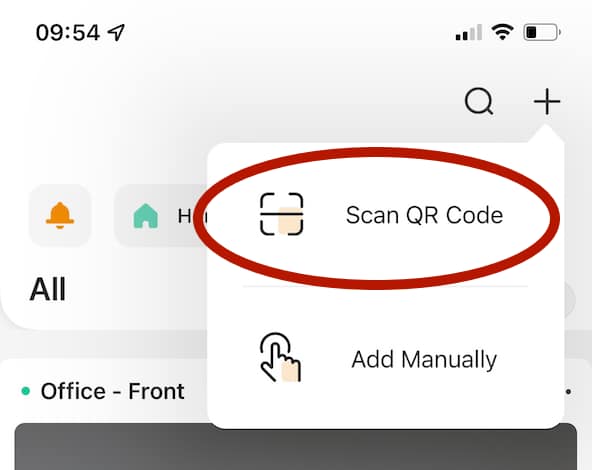 On the bottom of the camera, if you have 20-20 vision, you'll see the QR code and the recovery code which is the default password for the device. Point your phone at the QR code to continue. 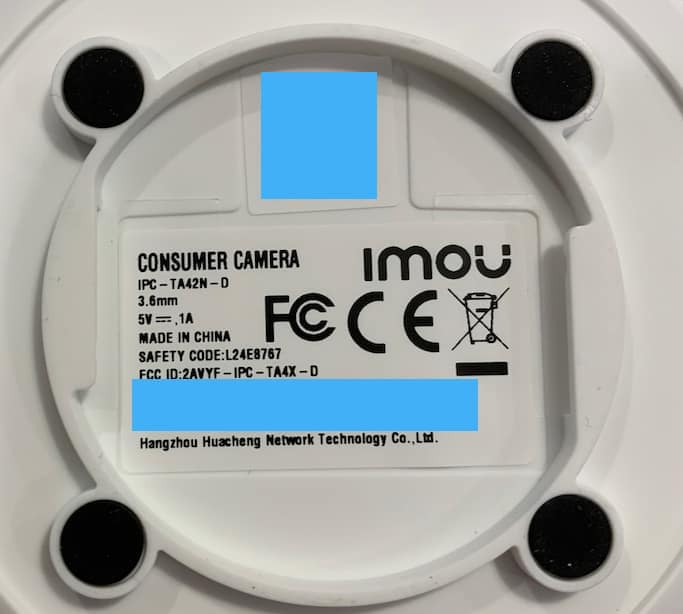 And don't forget to actually plug in your new camera. 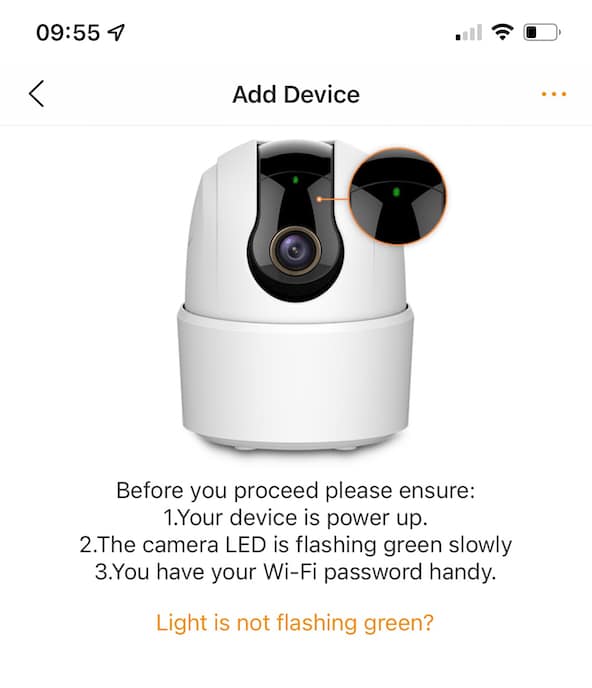 While I always rag on cameras that require switching wifi networks to perform the initial setup, the IMOU setup process at least does all of the work for you. 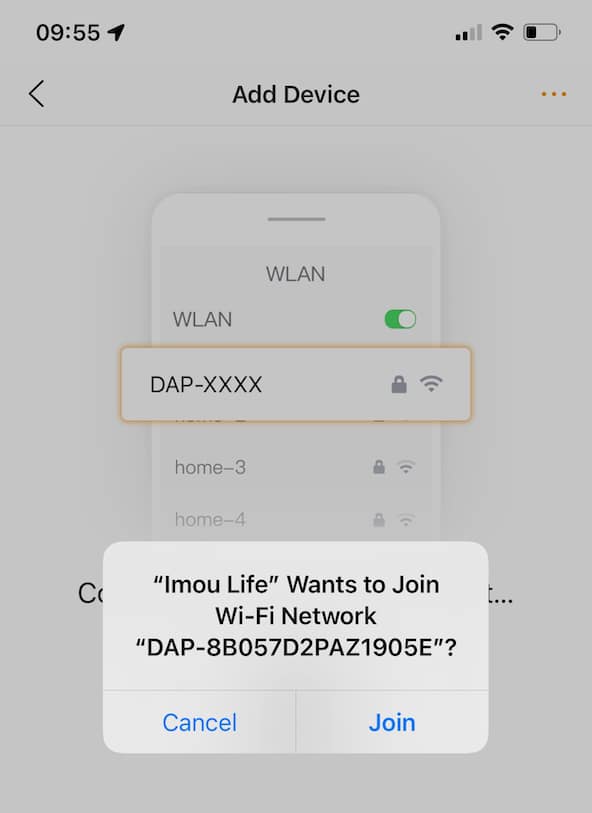 Next up, give the app your wifi network name and password. 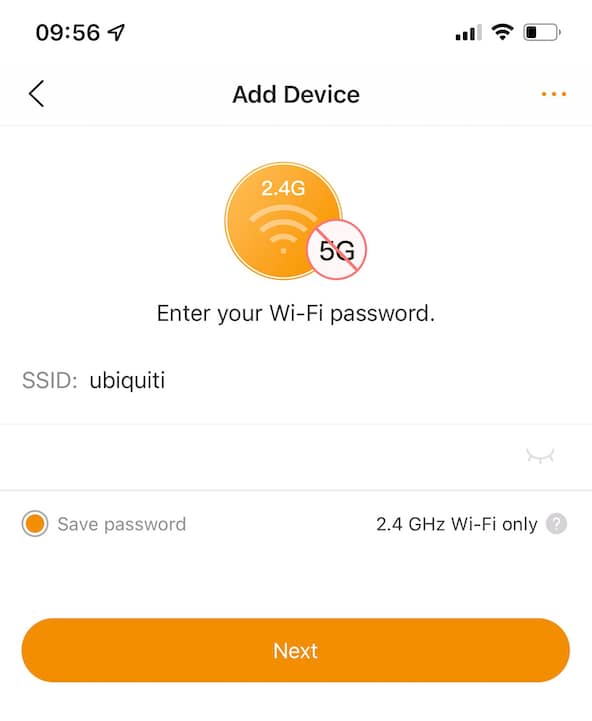 And then wait patiently. If you happen to block internet access for untrusted devices, you'll have to disable that firewall rule now, while the camera "phones home" for what I'm certain are entirely legitimate and necessary reasons.... 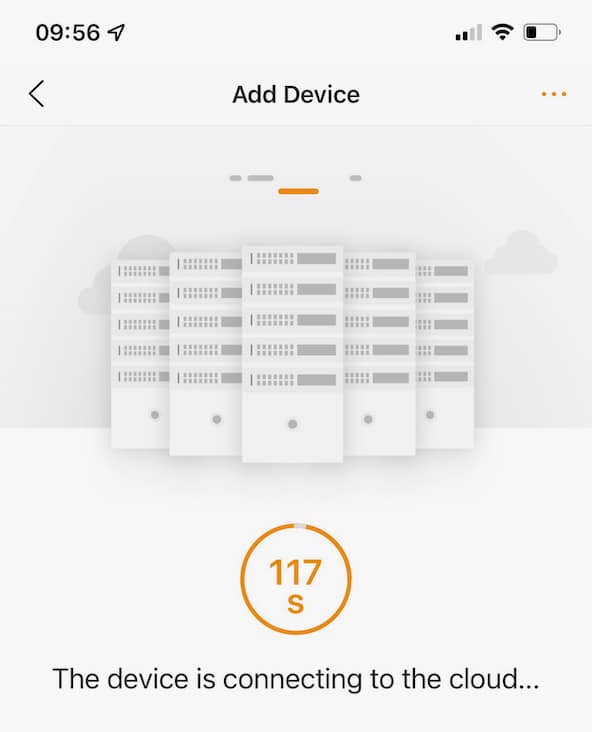 Next up, choose your region and a date format. I'd imagine the app could figure this out automatically, but whatever.

And then the app wants you to choose where you're placing this camera, for reasons.... 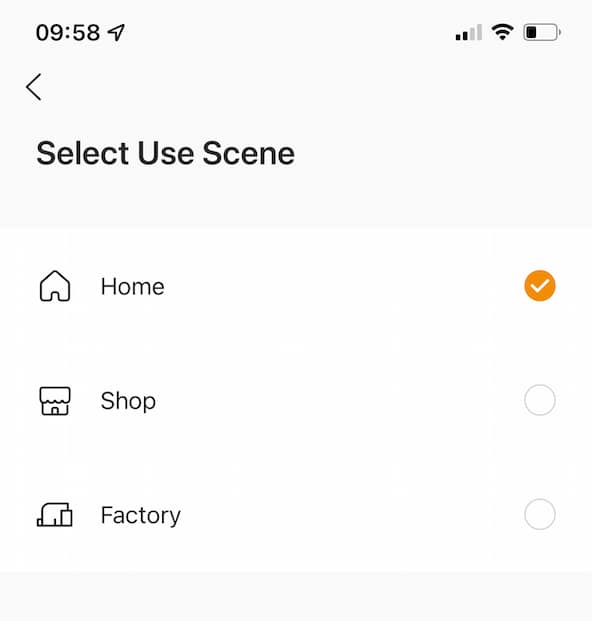 And then FINALLY, the camera is set up in the app. 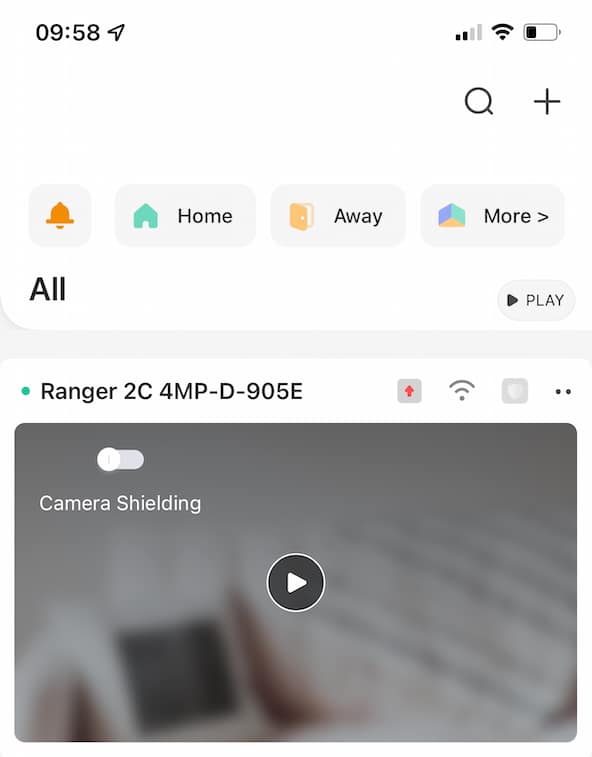 And you can tap on it to stream it. Yay. 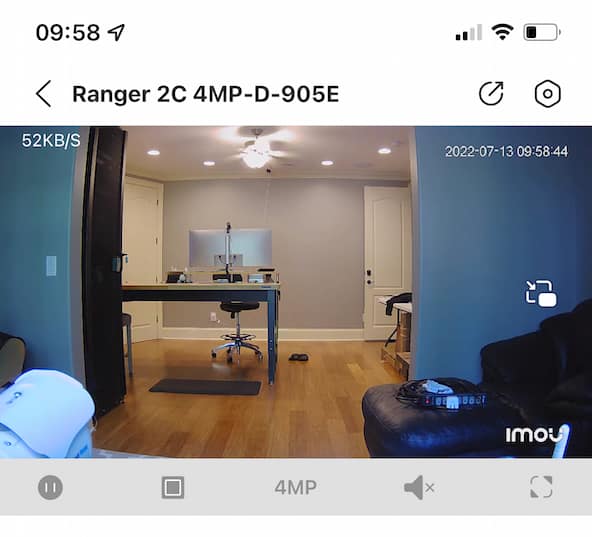 In the next section we'll get this IMOU Ranger 2C camera set up in Streamie and to do that we need the password, which you can find in the app. Tap on the button to configure the newly added camera and then tap on this thing at the top. 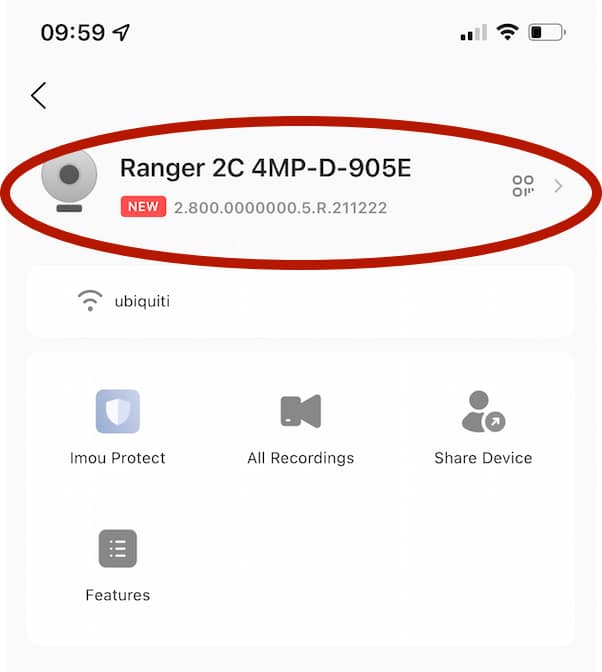 Then tap on "Device Label". 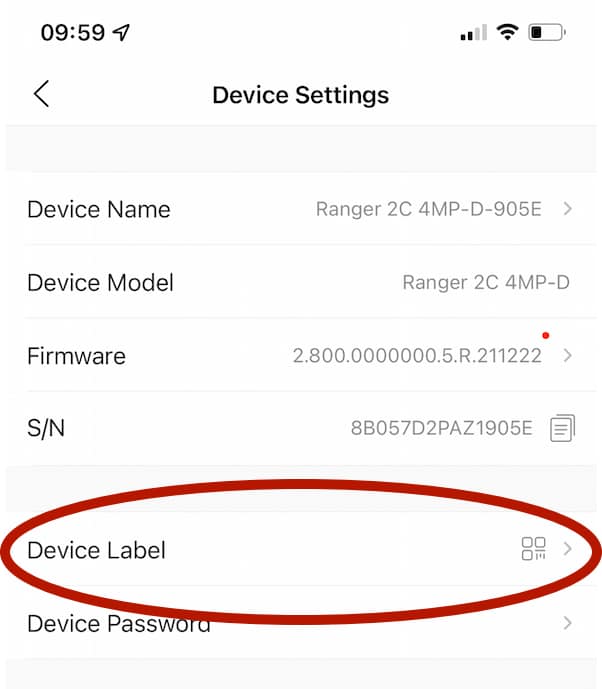 On this screen you can see your recovery code which is also the default device password that we'll need to give to Streamie. 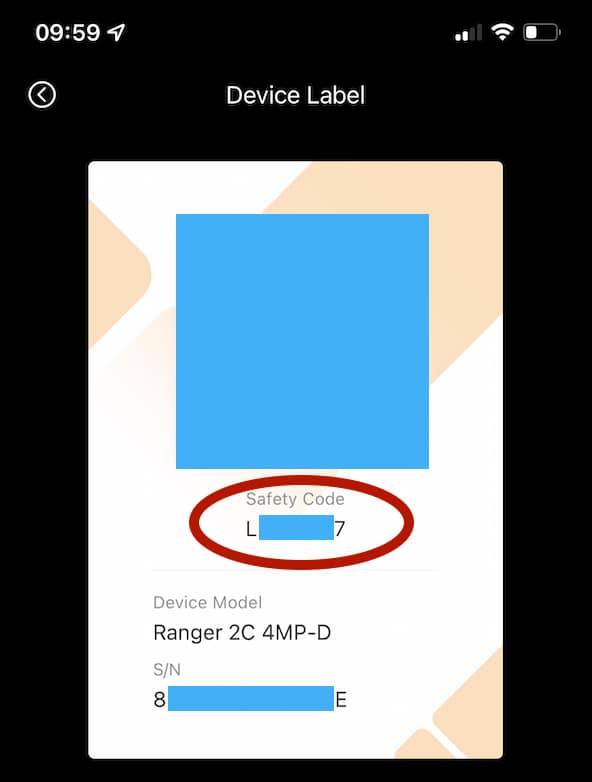 Also, if you go to Device Firmware Version screen, there's probably a firmware update waiting for you, which can't hurt to apply now, since you'll probably never think to do it later. 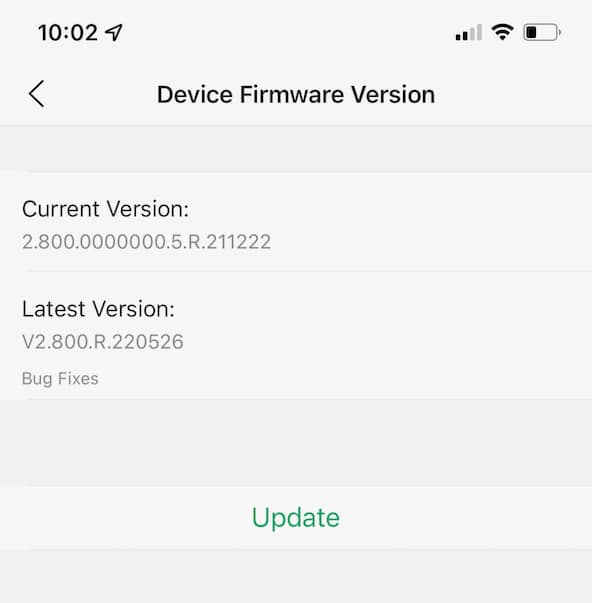 RTSP and ONVIF functionality is enabled by default so we don't need to do anything but have that recovery password handy.

Streamie is the app for iPhone, iPad, Apple TV and Apple Silicon Mac that works with many cameras all in one beautiful interface (if I do say so myself). We've already set up the IMOU Ranger 2C camera. Now we just need to add the camera to Streamie. These screenshots are from an iPad, but the same functionality exists for iPhone, Apple TV and Mac.

Install Streamie if you haven’t already done so. It’s free!

On the Home tab, scroll to the Cameras section and tap on the hamburger menu. Choose "Add camera". This IMOU Ranger 2C camera does support ONVIF (amazing!), so if your device is on the same network as the camera, it should show up in the list of cameras in the ONVIF section of the Add Camera screen. I have several IMOU cameras and there's no good way to identify them in this list if you have several other cameras. I can't find the IP address in the IMOU Life app, nor the MAC address. Hopefully you don't have multiple cameras waiting to be added to Streamie, so you can just take note of whatever camera is unused in the list. Tap on that camera. 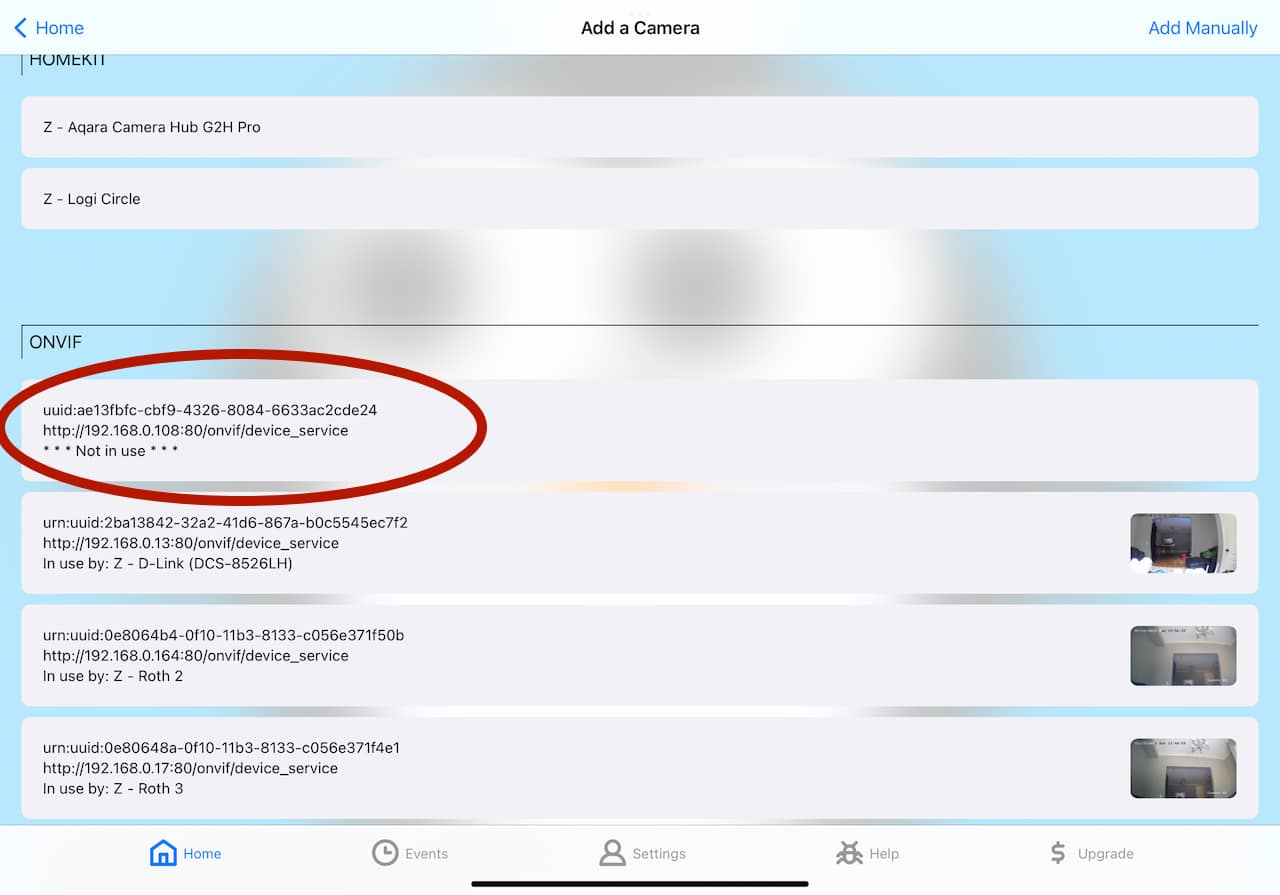 The default username is "admin". The password is the recovery code we talked about previously. 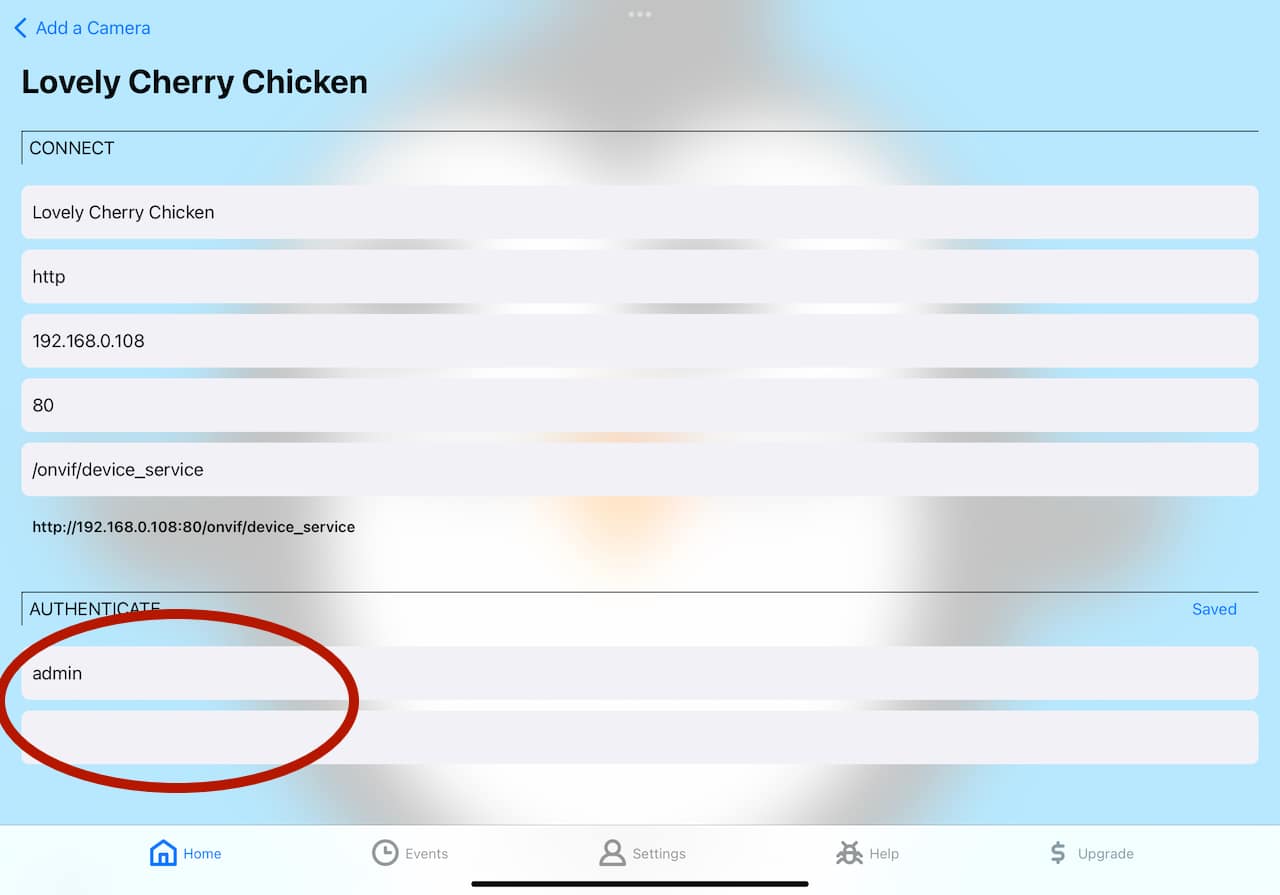 Scroll down, tap the "Connect" button and wait for a moment. Once Streamie has connected to the camera, the screen will refresh with a new Streams section. Tap on the first item in the list, which should be the highest quality stream. 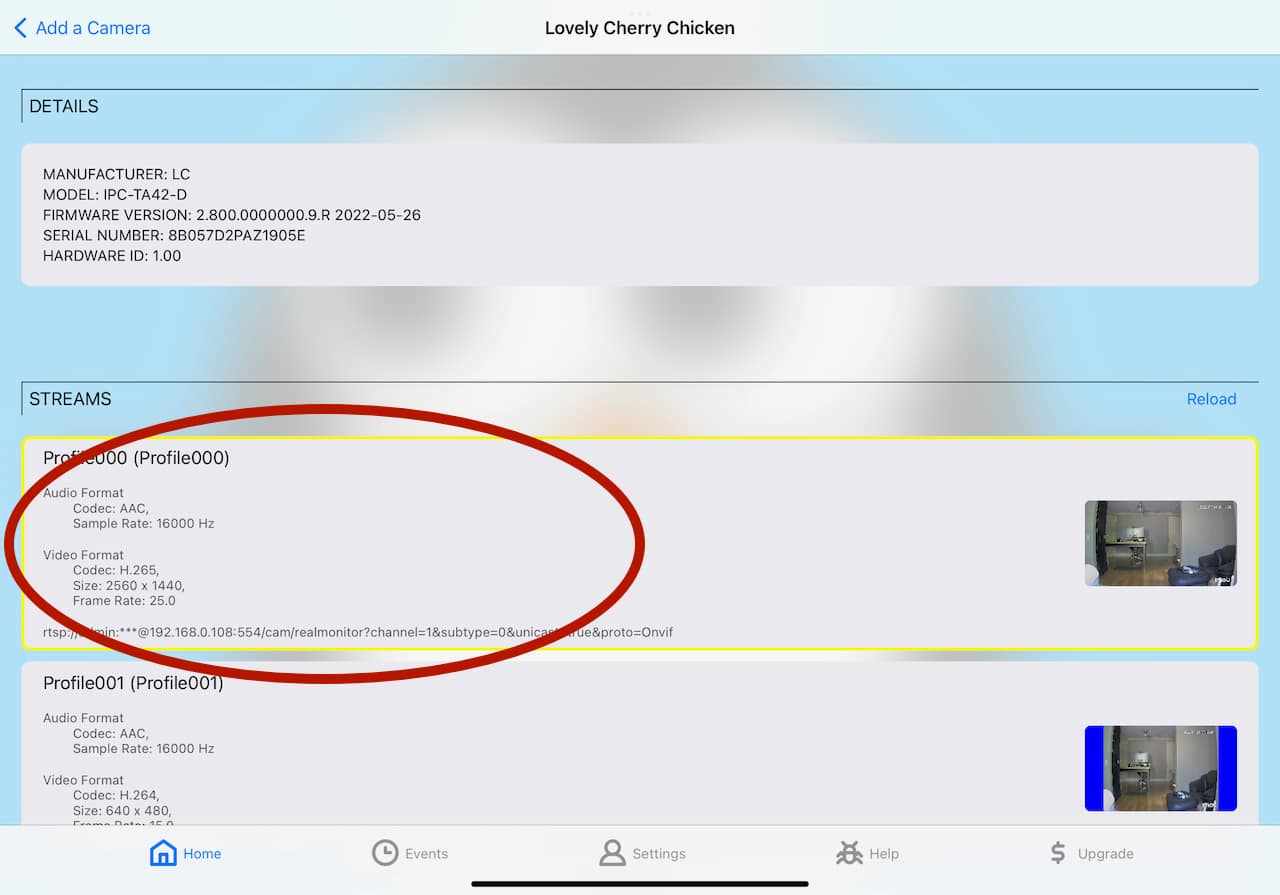 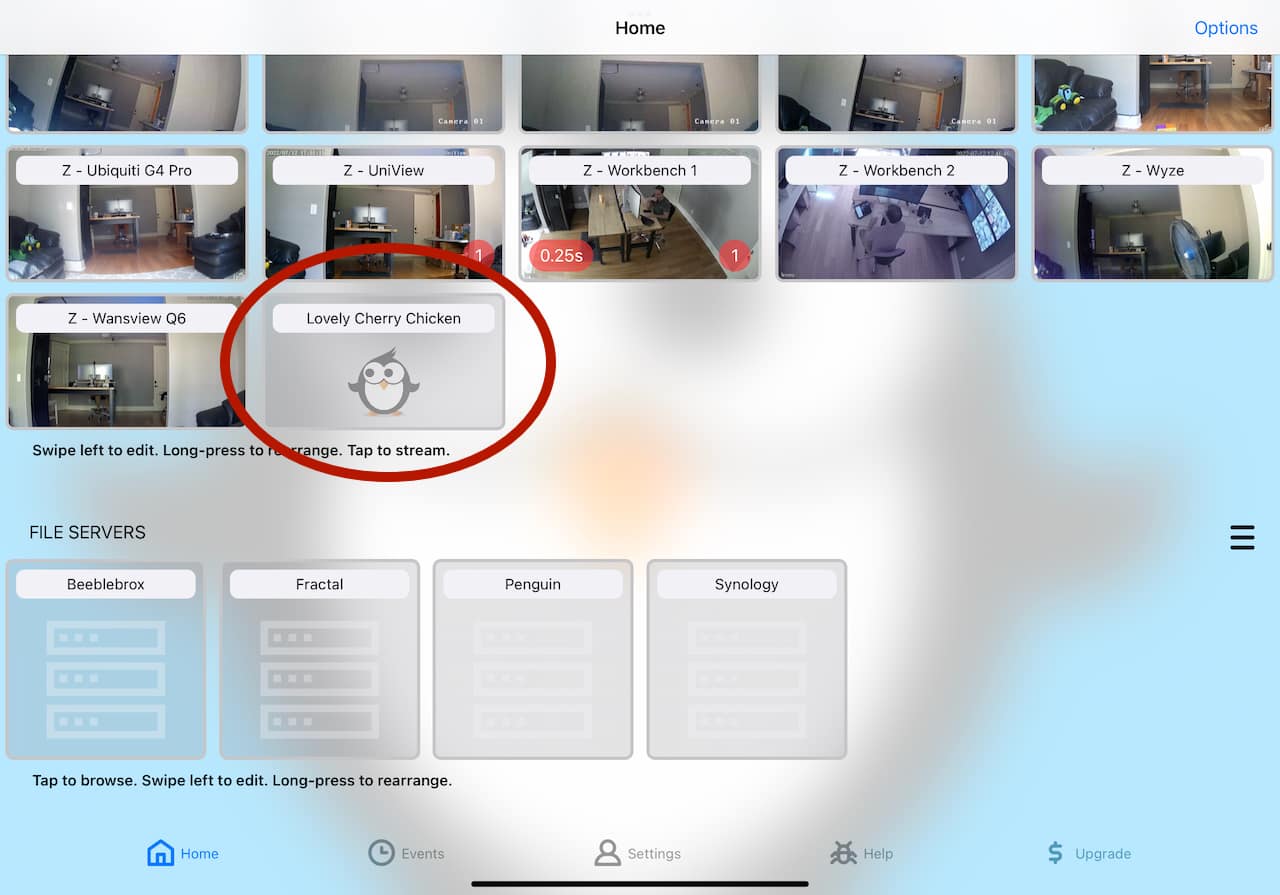 Tap on your new camera and the stream should pop up in a few seconds.

Once streaming, you can tap on the image to get options like audio, snapshots, recordings, etc. 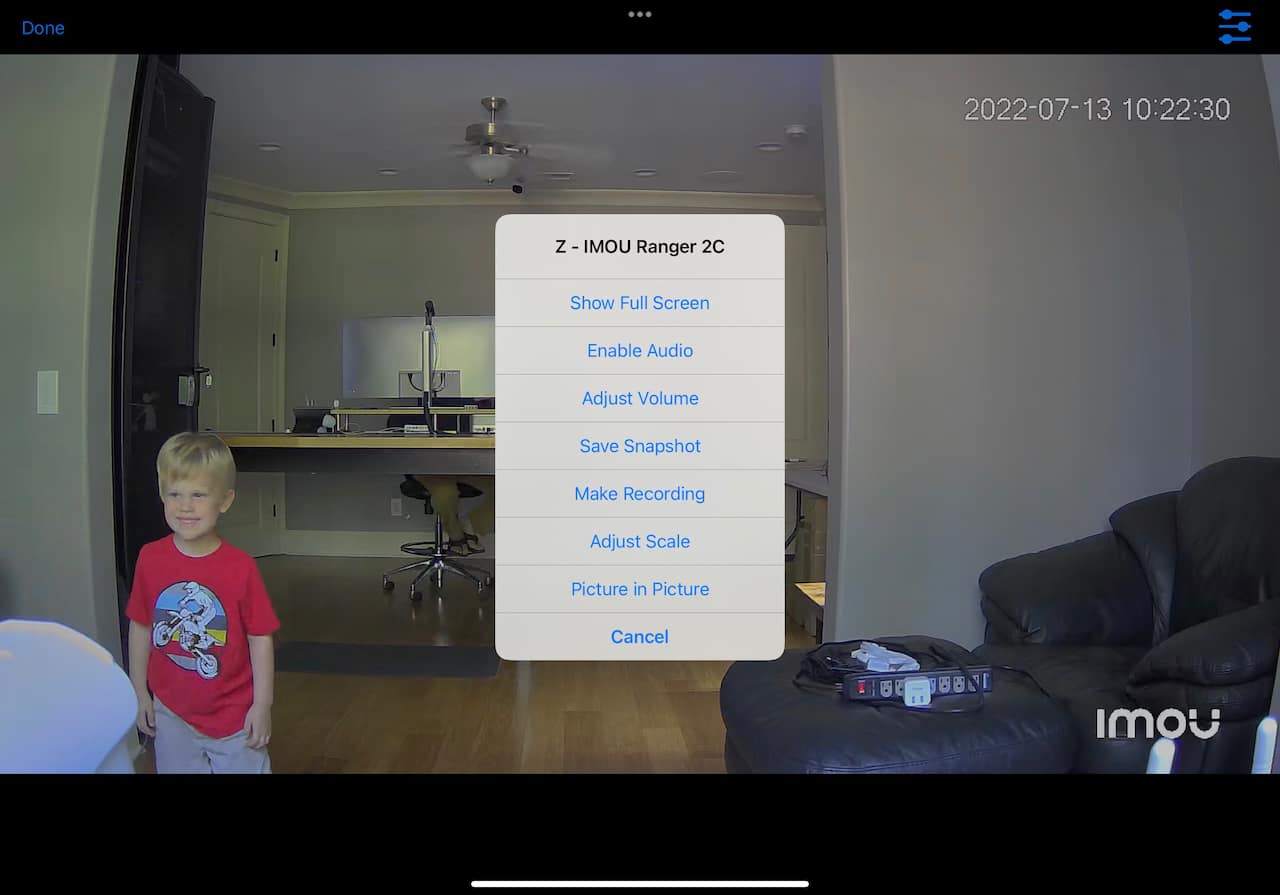 At this point Streamie is listening for motion events from the camera, but in the testing I did, I could not get any motion events to occur, leading me to believe that while the camera supports motion detection, it does not extend that functionality via ONVIF. Sad. As I mentioned earlier, other IMOU cameras (the Looc series, in particular) support motion detection in the app and extend that to ONVIF as well. Additionally, the camera (and the app) support pan/tilt, but don't support that via ONVIF either. It's like they're 99% of the way to having an amazing product and then they just stop. I'll never understand.

If you run into any issues setting up your IMOU camera and adding it to Streamie, contact us for assistance. We're happy to help.